The construction of Caru’ cu bere

On March 10, 1898, after three months of studying the project prepared by the Polish architect Zigfried KOFSINSKY (1858-1932) and architect Alois Pesch, from the Technical Department of the Bucharest City Hall, Mr. N. Mircea received the “Building permit no. 1738/98, for the location in 5 Stavropoleos Str.”. 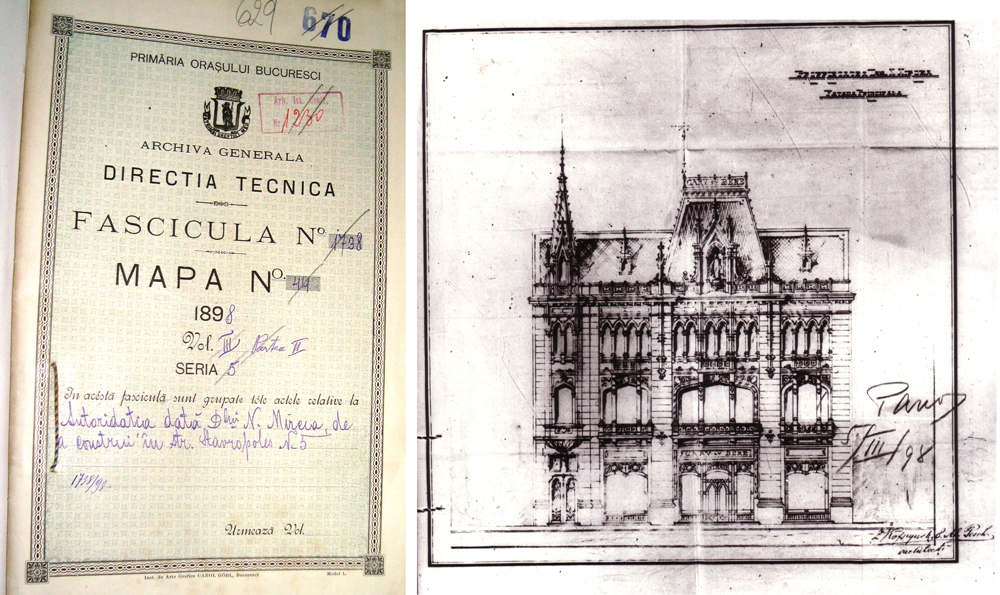 The new building is opened in June 1899, event recorded in the “Commercial Courier” of June 6 and in “Adevărul” of June 18. 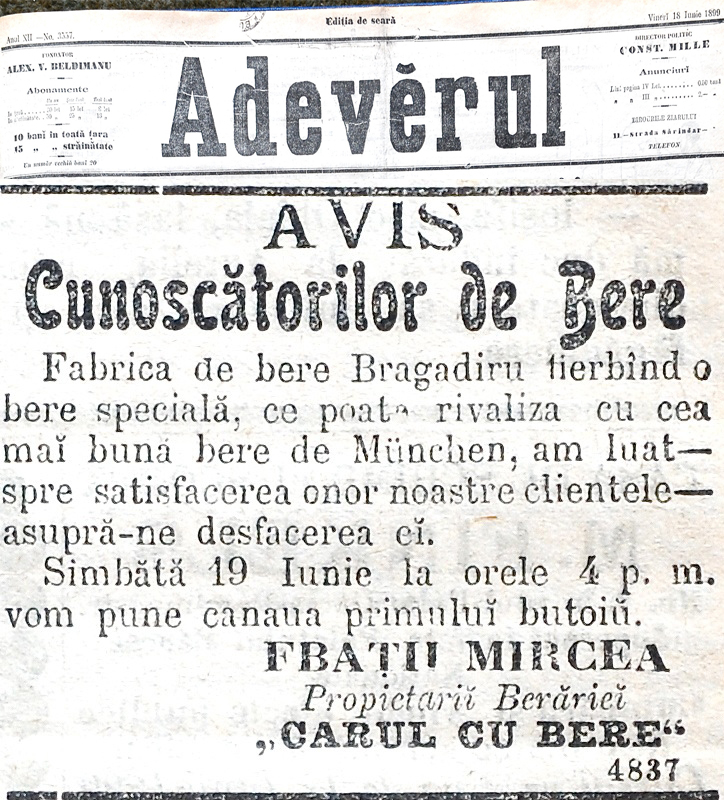 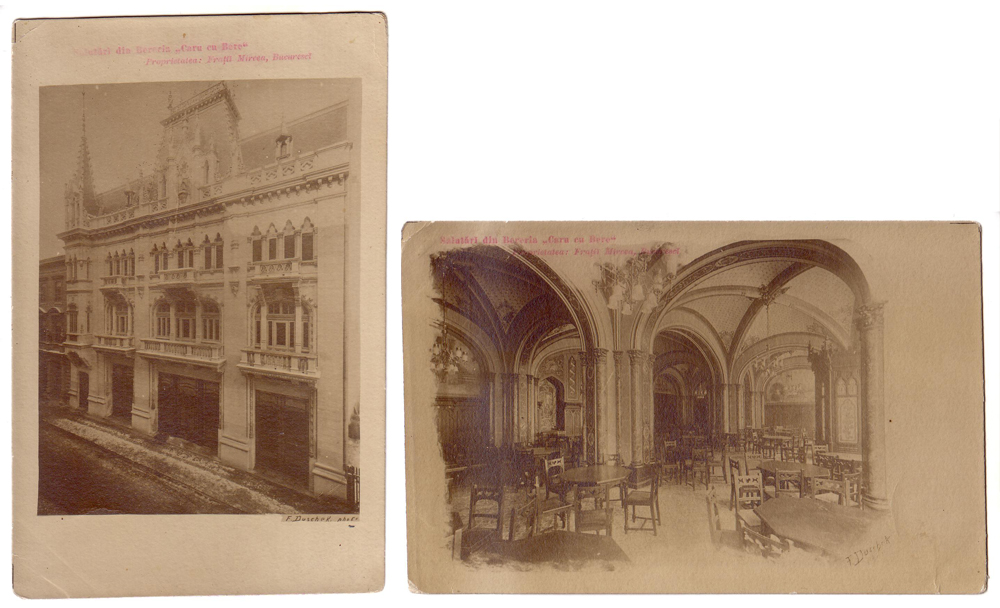 The building and the establishment became famous in the commercial field of Bucharest at the beginning of a new century and the activity of the MIRCEA brothers was recognized and appreciated. In 1900, Nicolae MIRCEA received the Romanian citizenship and the military decorations the Order of the Romanian Crown and the Order of the Star of Romania. 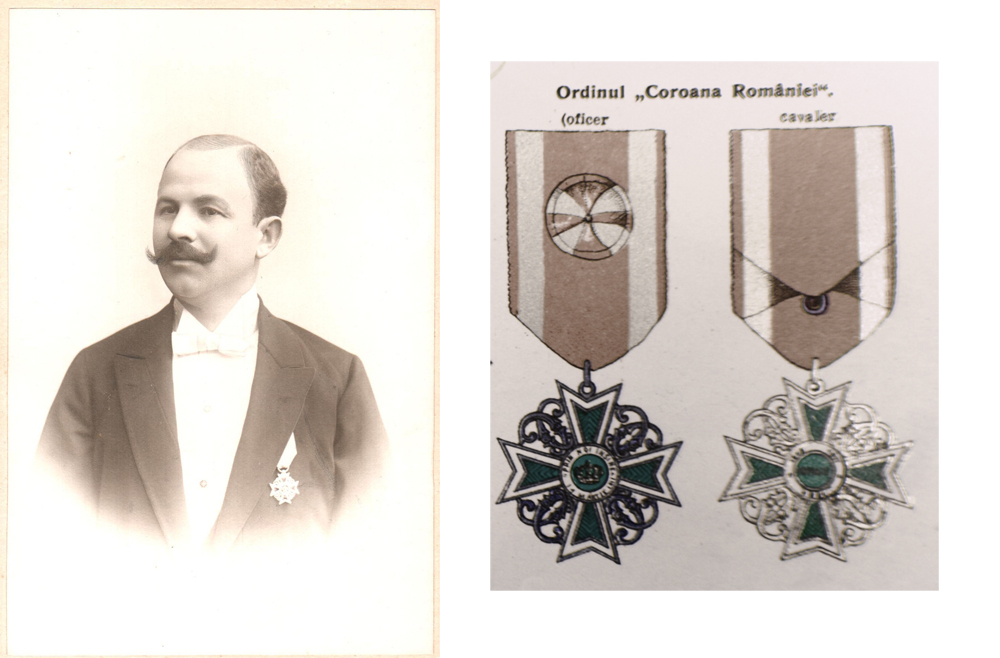 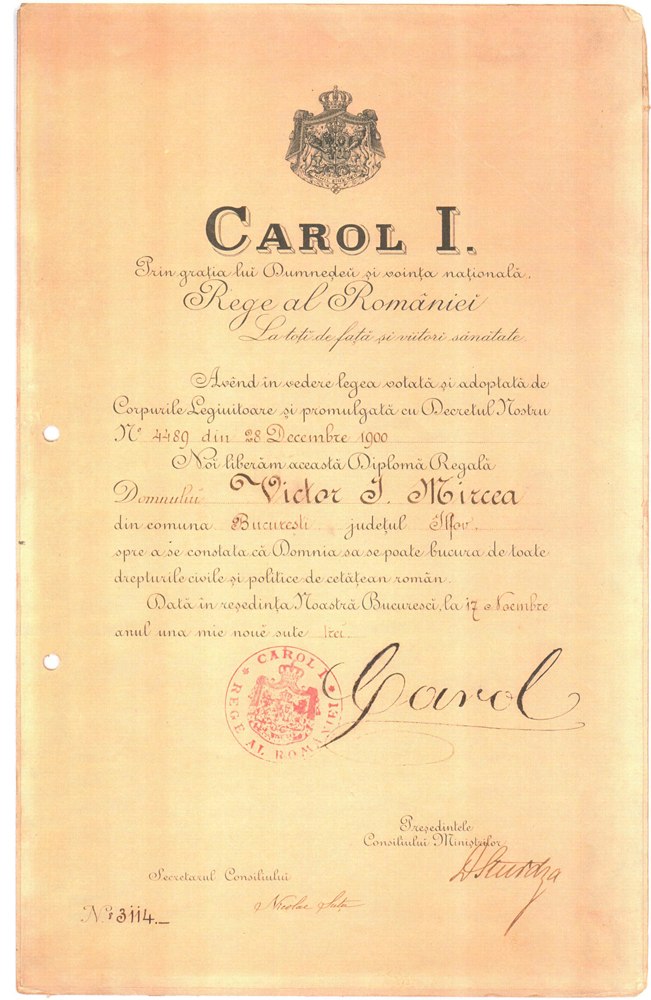 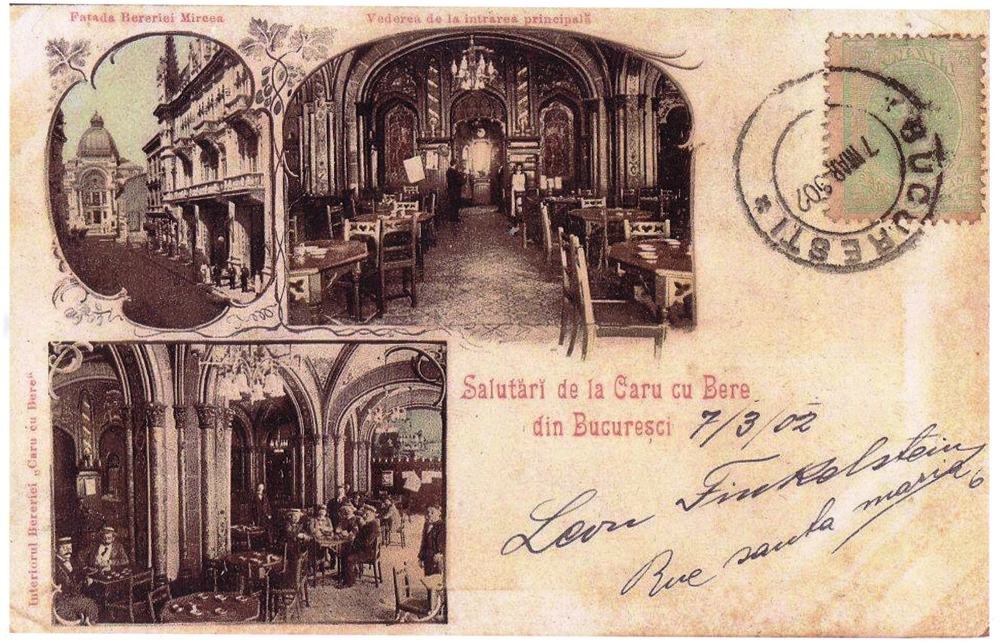 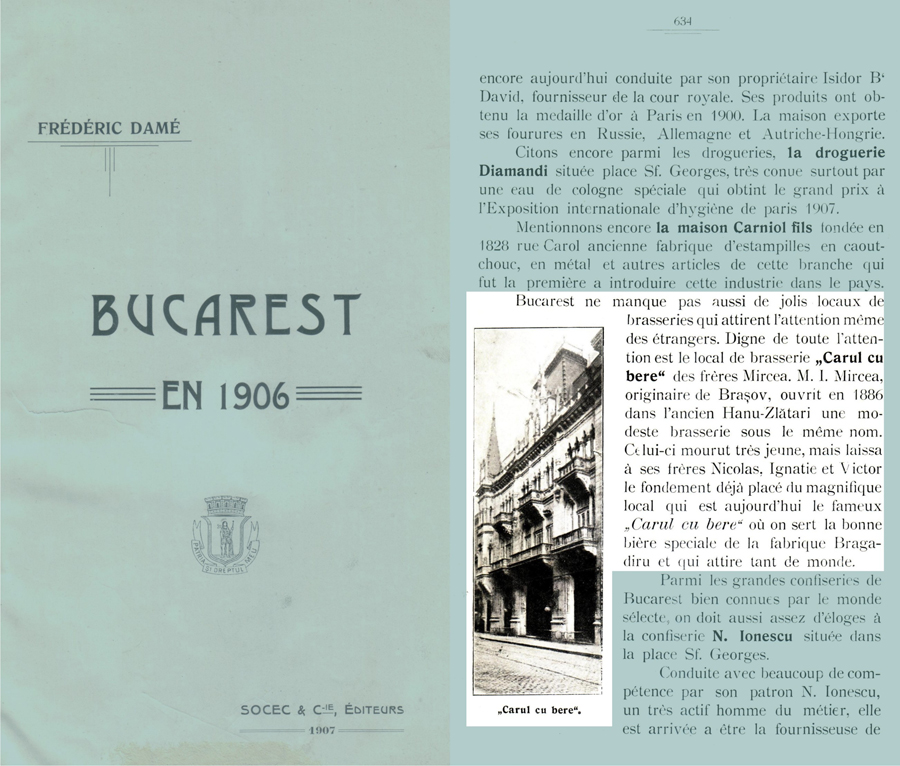 As his business thrived in 1909-1910, Nicolae MIRCEA managed to buy several lands and buildings in 4-6 Lipscani Str., adjoined to the property from 5 Stavropoleos Str.

In 1924, architect Zigfried KOFSINSKY designed the plans to widen and arrange the Brewery with the new locations from Lipscani Str.: the central emplacement of the hall was opened and the decoration was completed with a wide skylight and stained glass; the basement from the old building was transformed into wine cellar. 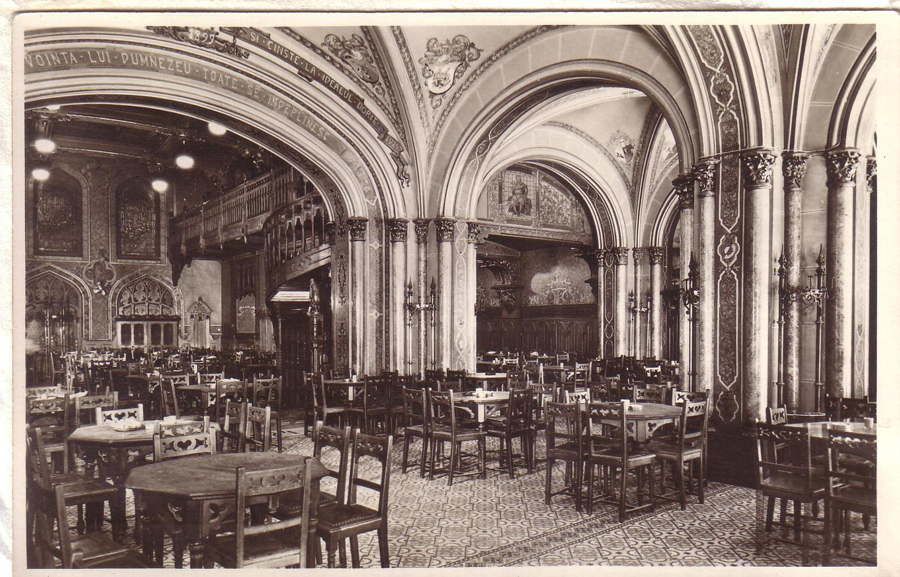