The place where you can taste the heart of romanian cuisine and enjoy a fresh beer made from an unique recipe, created in 1879 and kept the same until present day.

The story of the brewery

At the crossroads of Calea Victoriei and Franceza Street there was in 1879 a place called La Carul cu Bere, ran by Ion Cabasanu, a volunteer in the romanian army who came in Bucharest from a small village in Transylvania. Besides him, in the brewery worked two of his nephews, Ion and Gheorghe Mircea, who came to the capital of Romania from the same village as their uncle. The name of the brewery (which is roughly translated as At the beer wagon) was an actual description of the way the beer was brought to this beerhouse, by horse-driven wagons.

In 1879, the younger brother of Ion and Gheorghe Mircea, Nicolae, arrives in Bucharest and later starts working in another of his uncles’s beerhouses, after a few years in which he tried other jobs.

In 1889, Ion Mircea, the oldes brother, passes away, so that the beertrading business remains under the management of the younger brothers (Gheorghe – 24 years old, Nicolae – 21 years old and Victor – 19 years old).

Nicolae Mircea receives his romanian citizenship in April 1892 (his birthplace – Transylvania – was not a part of Romania at the time) and by the end of that same year he rents several places in the Villacros Galleries where he continues his activity as a brewer. In September 1897, at the age of 29 years old, Nicolae Mircea buys from W. Staadecker the place from Stravropoleos 5 Street, the spot of the future beer hall known today as Caru’ cu bere.

Even if the beer never was actually made in the building of the Caru’ cu bere restaurant (coming inially from the Bragadiry factory), the recipe used for it was and still remains 100% original, as it was created by the founder Nicolae Mircea after a trip in Germany where he learned more about the craftmanship of beer brewing. 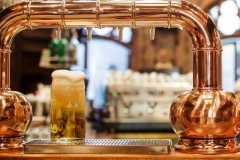 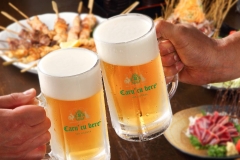 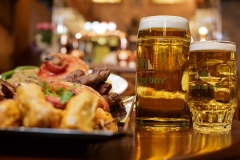 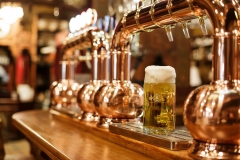